Warning: Attempt to read property "category" on null in /homepages/0/d734772667/htdocs/clickandbuilds/diversityisbeauty/wp-content/plugins/dynamic-widgets/mods/wpec_module.php on line 49

You are here: Home1 / Grace 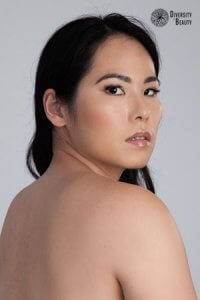 Ethnicity: I’m a Chinese American born in Boston but grew up in Los Angeles. My parents immigrated from China in the 1980s and have been living the American Dream with a house and two grown daughters who are college educated. My parents experienced the tumultuous time of the Cultural Revolution. My father told me that as a young adult, there was very little chance for good employment for he and his friends and family. Many people decided that going to Hong Kong (while it was still under British rule) was a better alternative. He was caught trying to cross the border to Hong Kong and was sent to labor on a farm. My father spent a year at the farm before successfully making it to Hong Kong by hiking across and swimming across to the territory. He stayed in Hong Kong for ten years before immigrating to the United States.

About You: I was raised in Los Angeles and lived in a majority Asian/Chinese American community. I did my undergraduate studies in international development. I’m the first person in my family to get an advanced degree (post-bachelor’s). I currently work in global health. My interests include running, the outdoors, hiking, partnered dancing, and cooking. I’m hoping to run a 50 miler race this year and learn more swing and salsa dancing.

Your Thoughts on Diversity: Diversity means a lot of things to me. It can encompass diversity of thoughts, political stances, ethnicity, race, sexual orientation, gender identity, body shapes, cultural heritage, etc… I think diversity is needed in order to foster a healthy society that is empathetic, kind, and aware of its own shortcomings. Diversity makes us more empathetic to one another and asks us to think about other people’s circumstances. This leads to kindness that is needed in this cruel world. Having people think about diversity makes them reflect upon how far we’ve come as a society and how far we need to go to truly accept diverse backgrounds and statuses without just being tolerant. Living in a world that is homogenous is stale compared to what we have now and we don’t cherish and celebrate diversity enough.

Stay in touch for future events, artist’s opportunities, photo competitions and other news.

We work with the utmost care and discretion to protect your privacy & confidentiality. It’s our top priority.

Stay in touch for future events, artist’s opportunities, photo competitions and other news.

We work with the utmost care and discretion to protect your privacy & confidentiality. It’s our top priority.